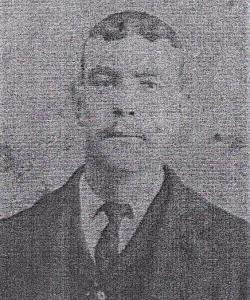 Son of James and Anastatia Smith née Saunders of Wexford.
James Smith and Anastatia Saunders were married in Wexford where they had three children.  They left Wexford for Liverpool around 1882, where Michael was born.  They returned to Wexford around 1885.
The 1911 Census shows the family at living in the Faythe.
Michael was husband to Mary Elizabeth Smyth née Finnegan of 73 New Hedley Street, Boundary Street, Liverpool. They married in Liverpool in 1906.  (Name spelt Smyth.)  He was an able seaman aboard the “HMS Wallington” when he died in the Naval hospital in Southampton 04/11/1917.  HMS Wallington was the Auxiliary Patrol base at Immingham from 6/11/1915. (It was a depot ship on the River Humber, with the work and administration being done in the Old Custom House, Grimsby and berthed at Immingham.)
Michael is buried in Ford (Roman Catholic) Cemetery in Liverpool.
His brother James served with 1st Battalion Inniskilling Fusiliers. No: 12504.