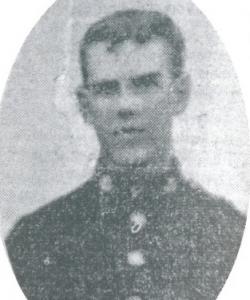 Son of James Murphy, Barrack Street , Wexford. James was known as one of the best boxers in the army. Lord Kitchener wrote to James parents conveying the sympathy of the King and Queen on the death of Private Murphy. His brother Patrick, a seaman on board HMS Orbita, was drowned on the 31st of August 1915 at only 21 years of age.
Private James Murphy has no known grave but is commemorated on panel 33 of the Menin Gate, Ypres, Belgium.