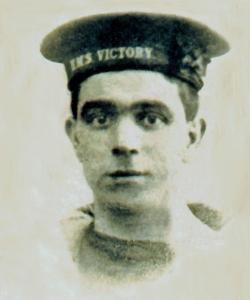 Son of John and Kate Leach nee Ryan. His father was a labourer. Widow was Ellen Mary 'Helena' Leach nee Kennedy and later Mrs James Heneberry. Left two children. Died from drowning off Great Island while returning to England as a passenger on the SS Great Western. Cause not determined at the inquest but witnesses indicated that it was not suicide. His father helped to recover the body from the river on 24th April. Buried 25 yards south-west of entrance to Kilmokea Cemetery, Co. Wexford.