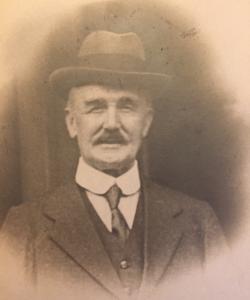 Mr. Hearn was involved with the Star Engineering works in Wexford and was also a significant employer in his native town of New Ross. He had been a member of the local Urban Council since 1899 and occupied the chair for several years. He was also chairman of the New Ross Technical Committee for a number of years and had represented the New Ross Division on Wexford County Council for the previous eleven years, having succeeded his brother, Mr. J.B. Hearn.
Mr. Hearn's only son was serving as an officer in the A.T.S. He was also survived by his brothers, James B. Hearn, Denis B. Hearn, Patrick Hearn, Dr. W.F. Hearn, solicitor, and Col. M. Hearn.
His Body was lost at sea.